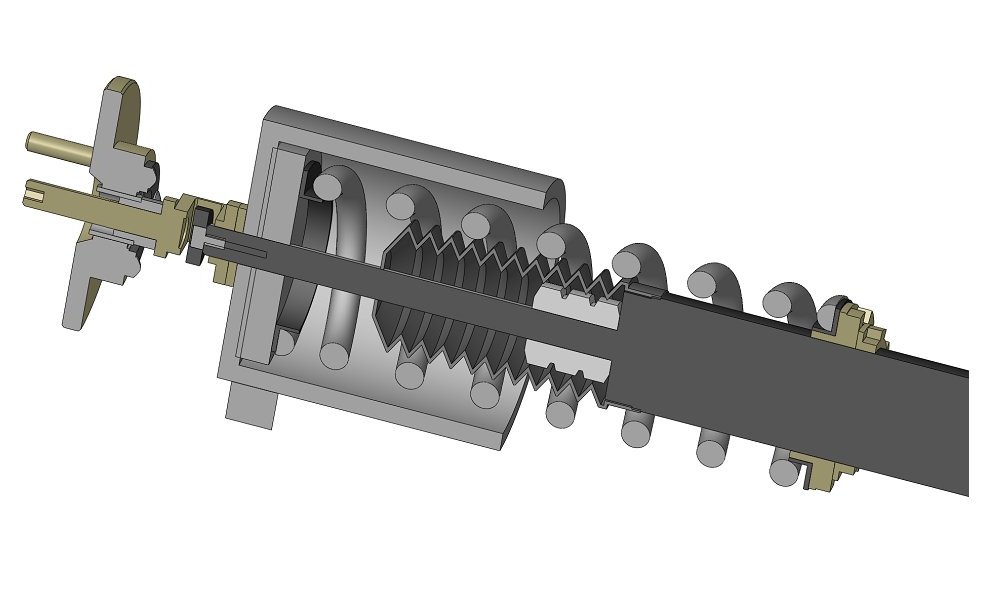 I had pretty much settled on an Aston Martin but my driveway is really steep. I looked at the DB9 and Vantage cars and it was pretty clear the Vantage had less nose overhang so I test drove one and took it to my driveway and it looked doable if I enter at a 45 degree angle. So, that’s good news. After a few months of looking, bought a Vantage and discovered my initial assessment was flawed. Here’s Why.

The OD of the Stance Air cups are 120mm. I used a paper template to check the clearance. Looks OK!

With the air cups installed, the front of the car will be raised 20mm. I could go with lowering springs for about $600 or the BC BR series adjustable coilovers for $1200 so I opted for the coilovers. They come in a set of 4.

I created a SolidWorks model in case I needed needed it in the future. It took about 30 minutes to model.

Checking the dimensions for fitment with the coilovers. The OD of the spring must be 99mm or less and the ID 61mm or less.

The adjustment cage is held with Loc-Tite. I used a piece of scrap steel to make a spanner to remove the cage (sitting on the vise). The blocks of wood in the vise prevent damage to the shaft when removing the cage.

Fully assembled with the perch in position. I set the preload at about 3mm. The more preload, the less lift height that can be achieved.

Checking the length to the OEM Bilstein coilover. It looks about the same.

Quick check to see if there’s anything that can hit the coilover or air cup.

Back of the knuckle assembly.

Air cup / coilover installed with the airline running behind the wheel arch.

There’s a fairly large cavity in front of the passenger rear wheel where the air pump can be positioned. I used foam to surround the pump which will trap heat but I expect to only use it a few times a day at the most (didn’t get a pic of this).

Harbor Freight Salvage air compressor for $37 works pretty good. I added a pressure cut-out switch and directional control valve. I use the same type compressor for filling a flat tire (also keep a plug kit along with it stored above the rear fuse box).

I used the existing rubber boot for the pump wiring.

This is the area in front of the rear tire where the wires come through.

The wiring with the fuse tap and switch cable which runs to the armrest storage (covered with 3M 33+ electrical tape.

Arm rest with the Ipod and audio input jack for the stereo. I’ll replace the audio input with the switch for the lift since I’ll always use the XM radio or the Bluetooth.

I have the console front panel removed and ready for modification.

Unfortunately, I had to delve deep into the arm rest assembly which is overly complicated. It looks like they designed it using existing aluminum extrusions and some stamped steel parts. It weights 8 pounds. The steel panels are beginning to rust. This part of the car was probably fabricated at the upholstery shop.

The gas springs no longer work. I contacted the manufacturer and was told that they will not supply these to the general public. I guess I could try to find a replacement somewhere (somehow) but the arm rest cover works ok without these.

The switch is momentary down and latching up. The switch is lifted up to raise and left in that position as long as the car is to be raised. Then to lower, the switch is pressed down for about a second to lower the car.

The fill time for the air cups is about 45 seconds since I don’t use the air tank. When returning to the garage, I switch the pump on about 1000 ft before entering and by the time I arrive at the driveway, the front will clear just fine. I might be able to cut this down to 500 ft. but there’s a dip at the intersection at the entry of my subdivision that I scrap if traveling too fast.

Having the pump located under the body panel and without an air tank implementation, the full trunk space is available . Everything is hidden. The reason for the install is to get the car in the driveway. It would take too long for occasional speed bumps, etc.  It may come in handy sometime for entering a parking garage or other tricky spot but so far haven’t needed it for that.